Once upon a time there was a land where winning was the only thing that mattered. And if one didn’t win, one lost. Those that won were called the winners. And those that lost were called the losers. But then one day…

Could there be other possibilities? For what is a winner? And what is a loser? And who decides which is which? The show examines the nature of competition with humour and sympathy, and provide some new input for reconsidering the winner-ideal and loser-cliché.
We follow two boys’ different paths in this absurd society. After an adventurous journey one boy returns with new ideas for both…
An original and imaginative performance that sends both children and their parents home with something to think about and discuss.

Created in co-operation with the performers

The show can be performed in English and German.

Fresh, witty, and original comedy about society's fixation on competition.

Teater Hund, that has created one brilliant and refreshing show after another, doesn't let us down this time either. Full of energy, with a good story and sharp characters – not to mention a marvelous set design. It is a stylized and pixelized comic book universe… Simple and effective, just as the mixing of storytelling and theater functions optimally, wonderfully free of “politically correct” moralizing, and with a tone of seriousness, a touch of sensitiveness amidst all the fun. Which really is fun, also for an adult audience.
If Teater Hund were to participate in a competition, it wouldn't be a surprise if they won. As much as they might oppose it. But their show is just too good.

...It has been a terrific season for Teater Hund with their performance Winner Takes All?...The 5-12 year olds chuckle with laughter at their hopeless parents´ grotesque disco moves. And the kids are in complete solidarity with the two boys who refuse to compete with each other.

It is the obsession with competition in Winner Takes All? that is being turned upside down and exposed , so that even a five year old gets the point: That the modern losers and winners’ mentality is pretty unhealthy ... It is wonderful and rather tough in a good way. The boys are small superheroes who rebel against the adult’s sick standards. They refuse to participate in the competition race, and it creates panic, but also acceptance of differences.

Modern competitive society and prevention of the individual's self-realization is what thematically is put into play in this performance. Very adult issues one would probably think, but in Teater Hund’s attempt to "open up" for such, I think they succeed in meeting the children at their own level, done so very beautifully and not least amusingly ... 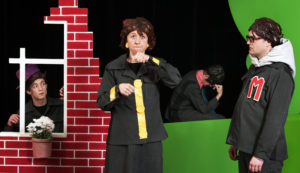 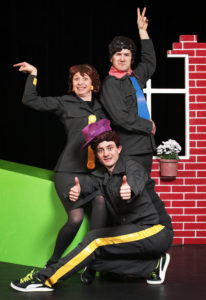 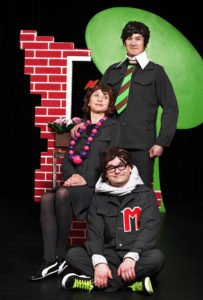 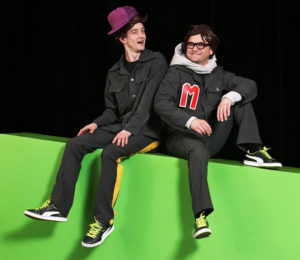 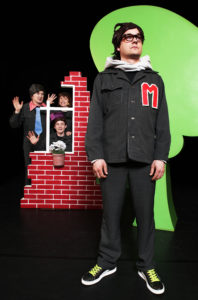 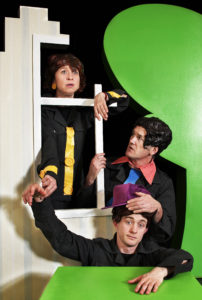